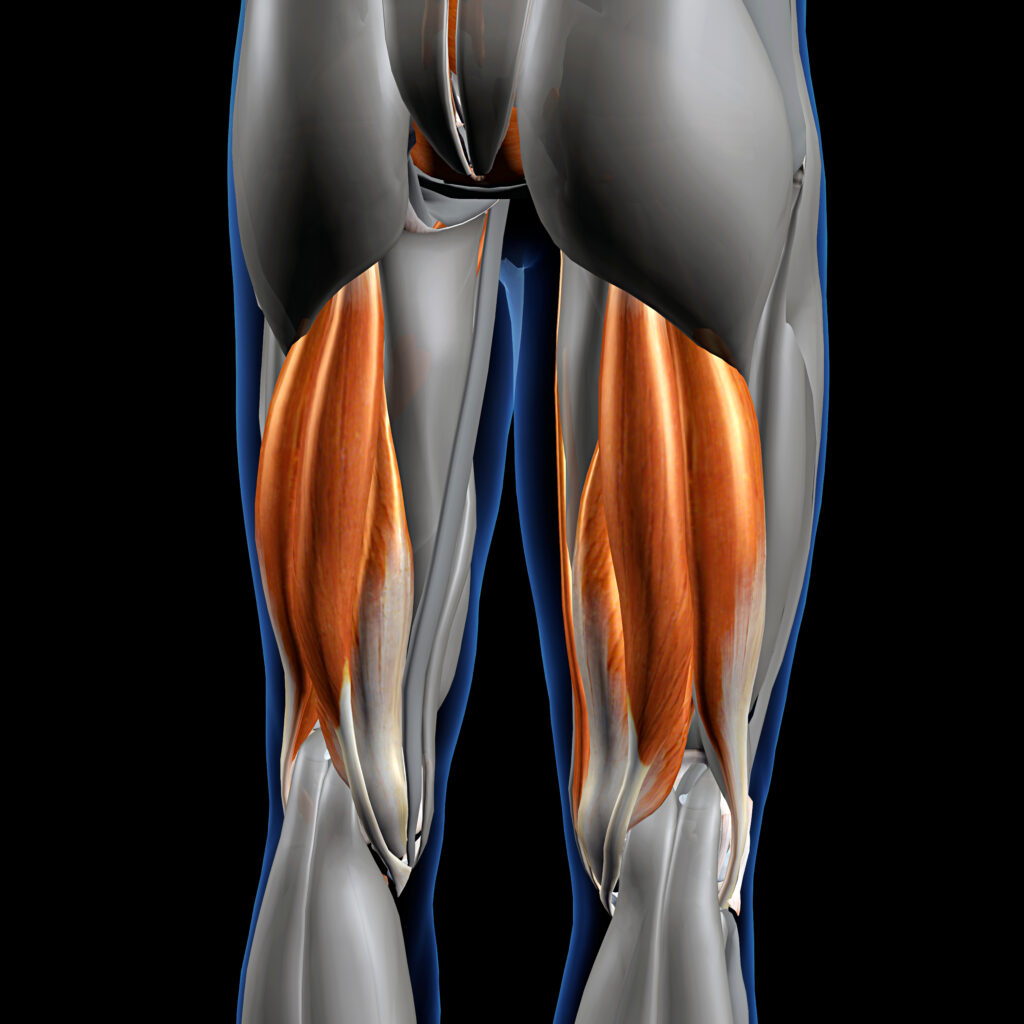 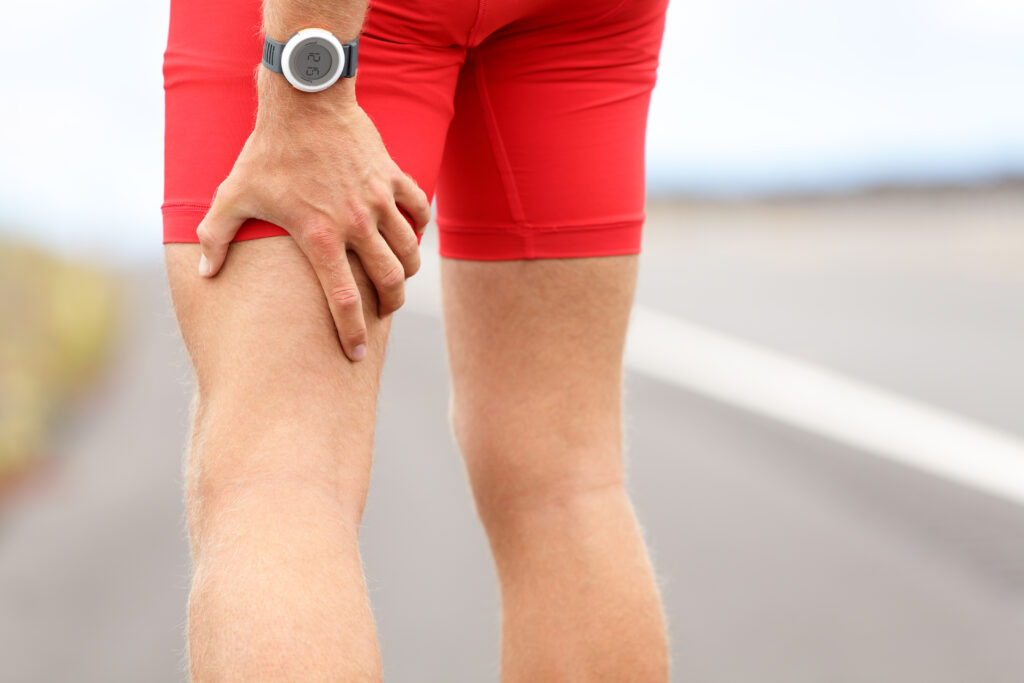 Hamstrings – Part 7 of the grumbly muscle blog…Guardian angels, or a bit too overprotective?

What are they and how many have we got?

We’ve all heard of them, but many don’t know how many we have. The answer is 3… semimembranosus and semitendinosus (the two inside the knee) and biceps femoris (the outside hamstring).

Sometimes, adductor magnus helps out as a hamstring when things just aren’t in balance, so it’s sometimes known as the fourth hamstring, but it’s an adductor first and foremost.

I love hamstrings, they fascinate me, I wrote my dissertation on them, but I promise to try and keep this blog brief and to the point.

All three muscles originate on the same place, the ischial tuberosity (the sit-bones of the pelvis) with the biceps (meaning two heads – long and short head) femoris short head come from the lateral lip of the linea aspera (outside, top of the femur).

Semitendinosus inserts onto the at the pes anserine tendon (meaning goose foot, because three tendons join together, which looks like a goose foot) on the medial shaft of the tibia.

Semimembranosus inserts onto the back of the medial condyle (posh word for the knobbly bit).

So, what do they do?

Well unually, they cross two joints, the hip, and the knee, so they have an impressive CV of jobs both as a group and individually.

As a team they flex (bend) the knee and extend the hip along with glute max, that’s how we get up from a seated position.

They protect the ACL (anterior cruciate ligament) by helping to control forward movement of the tibia during sprinting and kicking.

They work synergistically with the quad muscles. When the quads contract, they extend and vice versa and tilt the pelvis posteriorly.

If you’re a runner, you’ll know a lot about hamstrings. During running, the hamstring tendons also store elastic energy in one part of the gait cycle to be used in another part of the gate cycle: known as the stretch-shortening-cycle.

Biceps femoris – also assists to laterally rotates the hip (turn it out).

Why are they an issue?

In sports, particularly sports involving running at speed; track & field, rugby and football, hamstring strains are a very persistent problem but in general, for non-athletes as well, they are quite grumbly creatures.

If there is instability or injury at the hip or the knee, I tend to find that the hamstrings ‘go on guard’ and tighten protectively.

When people have an anteriorly tilted pelvis, because of their attachment to it, the hamstrings are put on a stretch, becoming tight and grumbly.

We can get hamstring tendinopathy, more commonly where they insert (known as proximal or insertional tendinopathy) at the ischial tuberosity where you get a lovely (not) localised deep pain, or, less commonly, where they attach around the knee (distal tendinopathy). There are a multitude of causes for tendinopathy, excessive sitting can be one of them.

They are also very neural muscles; Proximal Hamstring Tendinopathy-related Sciatic Nerve Entrapment (PHTrSNE) is where scar tissue can build up between the sciatic nerve and the tendon of semimembranosus where it originates from the pelvis.

What can we do about it?