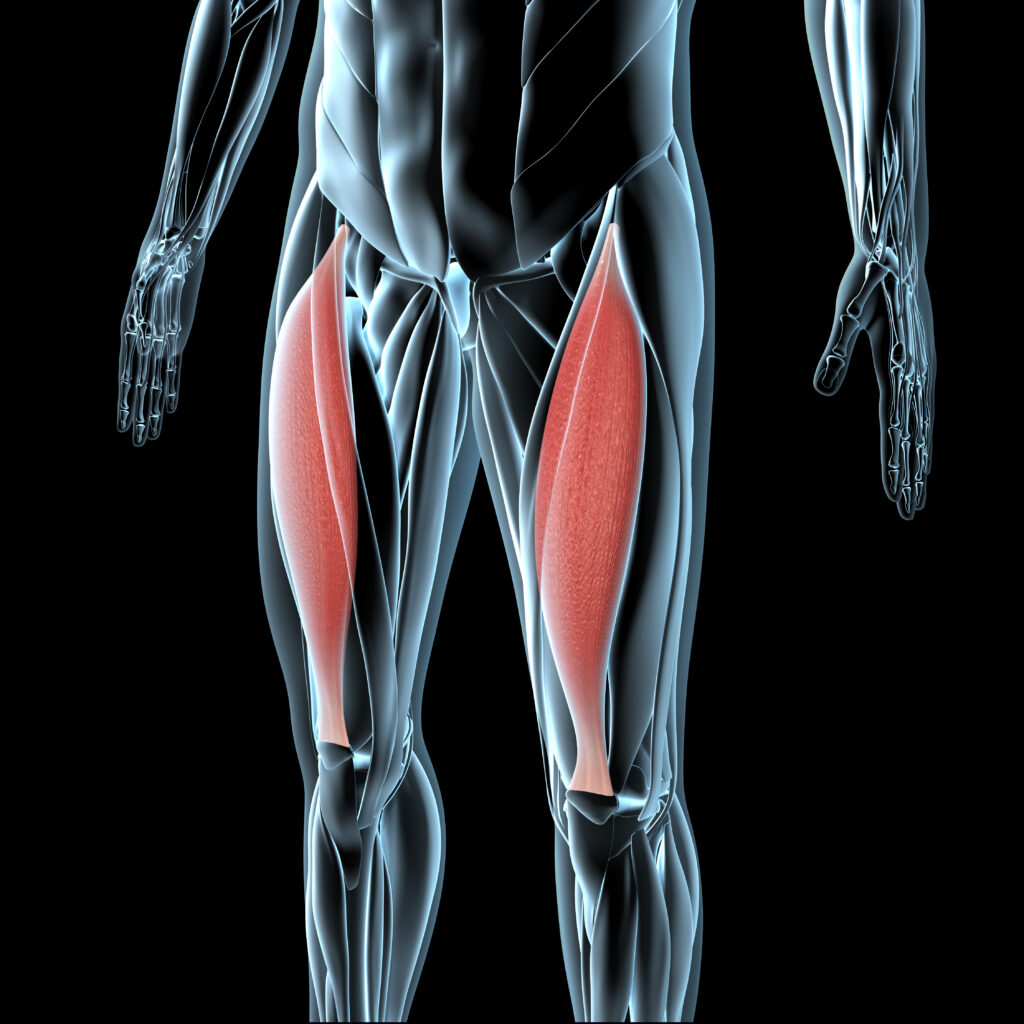 Its both a quad muscle and a hip flexor because it crosses both hip and knee joints.

As a quad muscle it extends the knee and, you guessed it, it helps flex the hip (with help from iliopsoas – a group of hip flexors) especially then the knee is already flexed.

It also helps when walking during the ‘toe off’ phase of gait and is particularly active while kicking a ball for example.

It comes from the AIIS (anterior inferior iliac spine) on the hip and together with the other quad muscles forms the quadriceps tendon before the kneecap, which then inserts onto the tibial tuberosity on the tibia.

Why does it get grumbly and how does it happen?

As part of the hip flexor group, it does the opposite to Glute max and can potentially put both it and the hamstrings on a stretch by pulling on the front of the pelvis.

As a quad muscle, tightness in this muscle can lead to a reduction in knee flexion (bending of the knee) and a kneecap that sits higher up than it should.

We can strain the tendon, most often near the hip, in fact it can be torn off completely with a bit of the bone (called an avulsion) and we can also get tendinopathy caused by unaccustomed explosive sprinting or kicking.

What can we do about it?

Strengthening Glute max and hamstrings will help the pelvis stay in a neutral position.

Warming the muscle up dynamically prior to training, and regular stretching both your quads and hip flexors is helpful not just after exercise. Foam rolling is also a good way to perform self-myofascial release, and a good sports massage works well too.